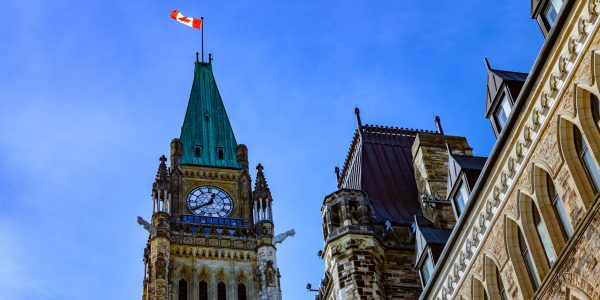 Governments routinely urge Canadians to reduce their carbon footprints – “take transit,” “walk to work,” “turn down your thermostat,” – the nudging is constant.

But what about government policies that increase emissions? Shouldn’t governments be equally concerned about how their own policies sometimes lead to higher emissions?

SecondStreet.org recently pulled together a list of 23 government policies and practices that lead to higher emissions – policies that span all three levels of government and cross many sectors.

Consider Jeff Krushell’s story. The Edmonton patient was told a little while ago by the government that he would have to wait 1-2 years for back surgery. Unwilling to wait in pain for so long, Jeff did what thousands of other Canadians do each year – he searched online for private options.

While there was a private surgical clinic down the road in Calgary that could have treated his back, government rules don’t allow Albertans to pay for surgery at the clinic. Patients from B.C., Saskatchewan and other provinces are allowed to travel to the clinic and pay for care, but not Albertans. Other provinces have similar rules. Eventually, Jeff ended up flying to Atlanta for his surgery.

One can’t fault Jeff for flying abroad to improve his health, but it’s worth noting that travelling to Atlanta comes with a much higher carbon footprint than travelling down the road to Calgary. Statistics Canada data shows that Canadian patients made at least 217,500 trips abroad in 2017 specifically for health care. If governments kept our public health-care system, but lifted the barriers to private options, some patients would choose to have their surgery locally, reducing emissions at the same time.

Another example would be our nation’s archaic alcohol sales regulations. In many urban centres, consumers cannot purchase their groceries and alcohol in the same store. This means that Canadians often have to drive to two locations instead of just one, resulting in higher emissions. In Ontario, thanks to peculiar rules for beer sales created by the government, some consumers have to travel to three different stores just to pick up some snacks (grocery store), whisky (LCBO) and a 24 pack of cold beer (the “Beer Store”).

These examples are relatively small in terms of their emissions. But don’t forget that governments routinely tell Canadians that “small changes add up” when it comes to helping the environment.

For a couple of larger examples, look to our nation’s natural gas sector.

Consider that China wants to buy enormous volumes of natural gas from Canada. They want to switch their coal powered electricity plants over to natural gas, a fuel source with about half the CO2 emissions. While this would be good for the environment and Canada’s economy, our nation has been extremely slow to approve such projects.

In Eastern Canada, Quebec is also sitting on an enormous supply of natural gas. However, instead of developing this resource, the government has blocked development. As a result, Quebec continues to import natural gas all the way from Western Canada and the United States, which result in higher emissions – using local natural gas could reduce emissions by the equivalent of taking 35,000 extra cars off the road each year.

These are just a few of the 23 examples from SecondStreet.org’s new report. To be sure, if governments conducted more exhaustive reviews of their own policies, they could find even more examples of state policies that contribute to higher emissions. Perhaps it’s time they look in the mirror a bit more.

Colin Craig is the President of SecondStreet.org, a Canadian think tank.

This column was published in Sun Newspapers (Toronto, Ottawa, Winnipeg, Calgary, Edmonton) on May 26, 2022.