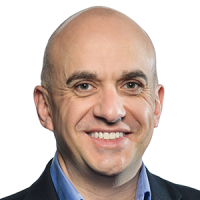 Troy Lanigan is a consultant who works with clients in the fields of advocacy and public policy.

Prior to starting his consulting business, Troy worked in a variety of capacities with the Canadian Taxpayers Federation over 26 years including spokesperson in his home province of British Columbia, overseeing national communications and as president and CEO for ten years.

He is the author of Fighting for Taxpayers: Battles Fought and Battles Ahead and is currently chairman of the World Taxpayers Associations an umbrella group of approximately 60 taxpayer organizations on six continents – purposed for networking, best practices exchange, regional forums and support for new organizations.

Troy enjoys travel, attempting to golf, playing guitar and participating in various athletic endeavours. Troy has run six marathons and is a two-time finisher of Ironman Canada but is today more likely to be found watching football or F1 in front of a television. He and his wife Erika have four children and live in Victoria, BC.

Mark Milke, Ph.D. is an author, policy analyst, non-profit consultant and columnist with four books and dozens of studies published across Canada and internationally in the last two decades.

Mark is president of the Sir Winston Churchill Society of Calgary, has a Ph.D. in International Relations and Political Philosophy from University of Calgary, is past President of Civitas—a Society for Ideas, and is an occasional lecturer in Political Science.

Mark’s ongoing policy work has been published by think tanks in Canada, the United States and Europe including the Fraser Institute, the American Enterprise Institute and Brussels-based Centre for European Studies. He has been interviewed by the New York Times and Wall Street Journal and all major Canadian media.

Mark’s columns appear regularly in the Globe and Mail, National Post and Maclean’s. His topics touch on everything from taxes, civil rights, and private property to airline competition, insurance, aboriginal policy, government monopolies and the folly of crony capitalism to lighter topics such as architecture, art, and hiking.

Mark’s doctorate dissertation analyzed the rhetoric of anti-Americanism in Canada while his Master’s thesis chronicled the double standards on human rights in East Asia. Mark lives in Calgary and is an active hiker, skier and runner with an interest in architecture, photography, cities, and history. 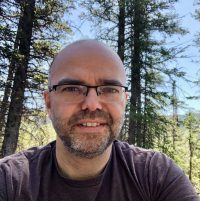 Colin Craig has nearly 20 years of public policy experience
and has helped shape government decisions at the municipal, provincial and federal level.

Colin was hired as President of SecondStreet.org, in 2018, and previously worked for the Canadian Taxpayers Federation (CTF), a non-profit taxpayers’ watchdog organization.

During his time with the CTF, he led the organization’s efforts to convince the federal government to draft and pass the First Nations Financial Transparency Act. He was also instrumental in exposing corruption at the City of Winnipeg, which led to an RCMP investigation and revelations the city’s former CAO accepted a bribe. Colin brought to light the City of Calgary’s golden retirement bonus scheme (now being phased out) and its council’s golden pension system (the mayor’s second pension is now being phased out). He also helped with the CTF’s efforts to convince a majority of voters to vote “no” during Calgary’s Olympic bid plebiscite (2018).

Colin has an MBA and a degree in economics from the University of Manitoba, and is the author of The Government Wears Prada – a book that examines how governments in Canada can address enormous cost pressures associated with Canada’s aging population without raising taxes. 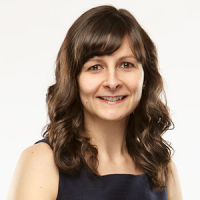 Melanie was born and raised in Flin Flon (Manitoba) and currently works part-time as Executive Secretary for SecondStreet.org.

Melanie also serves as the Executive Vice President of the Canadian Taxpayers Federation, Auditor and Assistant Secretary for the World Taxpayers Associations and acts as Administrator for Civitas Canada.

Melanie currently lives in Regina, Saskatchewan with her family and spends her spare time running half marathons (slowly) and doing CrossFit (badly). 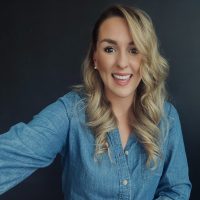 Heidi McKillop is a country girl at heart, born and raised in a small village called Harvey Station, New Brunswick. Heidi’s first job, age 14, was washing dishes and preparing meals at the local nursing home. She has also worked within the restaurant industry, tourism, long term care, customer service, office management, and the energy industry. Heidi earned her first degree in sociology at St.Thomas University. She later completed her second degree in social work from St.Thomas.

Heidi enjoys camping and hiking in the beautiful Kananaskis Country. She also enjoys horseback riding and learning new ranching skills. She is an avid reader and loves the social aspects of living in downtown Calgary. 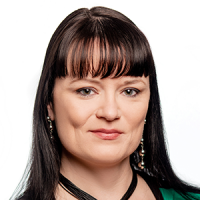 Born in the town of Hope and raised on both sides of the Strait of Georgia, Kris has been employed (and taxed) since she was 12 years old, working in horse stables, fast food joints and gas stations before attending journalism school at BCIT in Burnaby.

Kris worked in radio in the Comox Valley before moving to Ottawa to work as a legislative assistant on Parliament Hill. She then joined Ottawa News Talk Radio 580 CFRA as a reporter and anchor, eventually becoming a journalist for the CTV parliamentary bureau.
Kris was a founding reporter for Sun News Network and proudly covered issues of big government, personal liberty and the rights of small-town and rural Canadians until SNN was shut down. She then worked as the director of communications for Veterans Affairs Minister Erin O’Toole, and as the senior producer for Evan Solomon at CFRA Radio. She is proud to return to her home of British Columbia to fight for the rights of all taxpayers.

When she isn’t digging through expense reports and doing media interviews, Kris can be found reading Ayn Rand on the banks of the Fraser River with her husband and their two children. 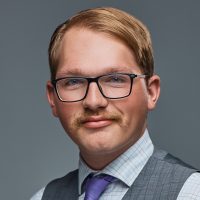 Dom Lucyk was born and raised in Saskatchewan, having grown up in Swift Current and currently living in Regina.

He has a background in media. In 2019, he graduated from the Western Academy Broadcasting College in Saskatoon and went on to spend three years working as an anchor, reporter and producer with 980 CJME and 650 CKOM, the top news/talk radio stations in the province.

He’s also worked with groups like Students for Liberty during a year-long stint at the University of Saskatchewan, where he studied political science.

When he’s not working to tell everyday people’s stories on how they’re affected by government policy, you’ll likely find him birdwatching at Wascana Park or Last Mountain Lake, rooting for his beloved Chicago Blackhawks (even when they’re very bad), enjoying some local craft beer, or playing with his cat, Rambo. 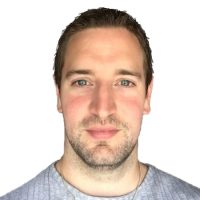 James was born and raised in South Wales, UK before emigrating to Canada in 2013.

After graduating in Law & Politics at Cardiff University, James worked with a variety of national governments across the world, including the US Congress, the UK Parliament and the Australian Senate. Since arriving in Canada, he has worked in communications and government relations roles, with his expertise lying in natural resources and health.

When he isn’t working, James enjoys watching football, throwing a rugby ball around and trap shooting at his local club in Vancouver, BC. 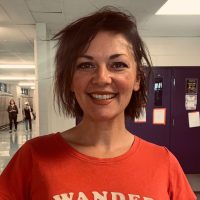 Based in Winnipeg, Kristen Schulz is a small business owner.

In her spare time, she helps SecondStreet.org with a number of research projects, including filing Freedom of Information requests nationwide.