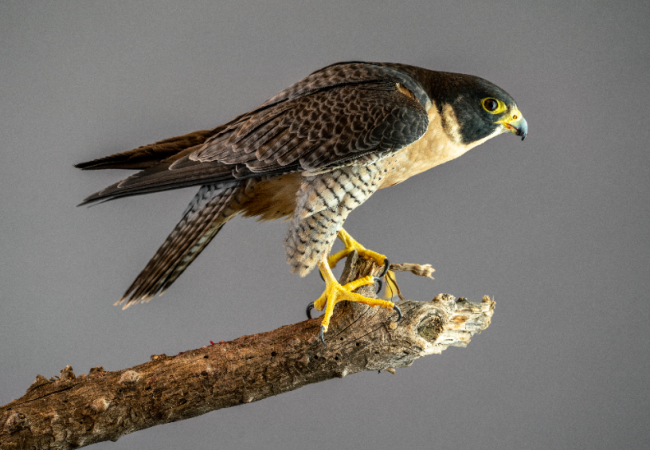 Energy is necessary for day-to-day life. Whether it’s heating your home, keeping the lights on or transportation, energy is a major foundation of living in modern society. There’s been a lot of debate over the environmental impacts of different energy sources, and while competition between different types of energy is a good thing, it seems that some tend to get a free pass without much scrutiny.

Let’s take wind energy as an example. It’s often held up as an example of consequence-free, clean, green energy, but it’s a little more complicated than that. Green energy activists will point out that wind energy doesn’t produce carbon emissions. While there’s a debate to be had over that (think about emissions during production, transport, etc.), emissions aren’t the end-all-be-all of environmental impact.

At this time of year, I’m always excited to watch a huge variety of birds fly by overhead, as they head south for the fall migration. It’s a major hobby of mine to take in the wildlife and hear the screech of an eagle, see the grace of a pelican hunting for fish, or study the beautiful colours of a songbird. But sadly, thousands of those beautiful animals won’t make it to warmer climates this year: they’ll be killed by wind turbines, instead.

A 2018 study from the Wind Energy Bird and Bat Monitoring Database found that each turbine kills around five birds and 12 bats every year. That doesn’t sound like much at first, but the federal government’s wind turbine database shows that, as of 2021, there were almost 6,700 turbines across the country. That’s around 33,500 birds and over 80,000 bats killed every year. Those numbers don’t count the animals affected by the loss of habitat taken up by wind farms.

Speaking of habitat, another problem caused by wind power is the huge amount of trash created by wind turbines when they’re past their prime. Check out this photo from Bloomberg. 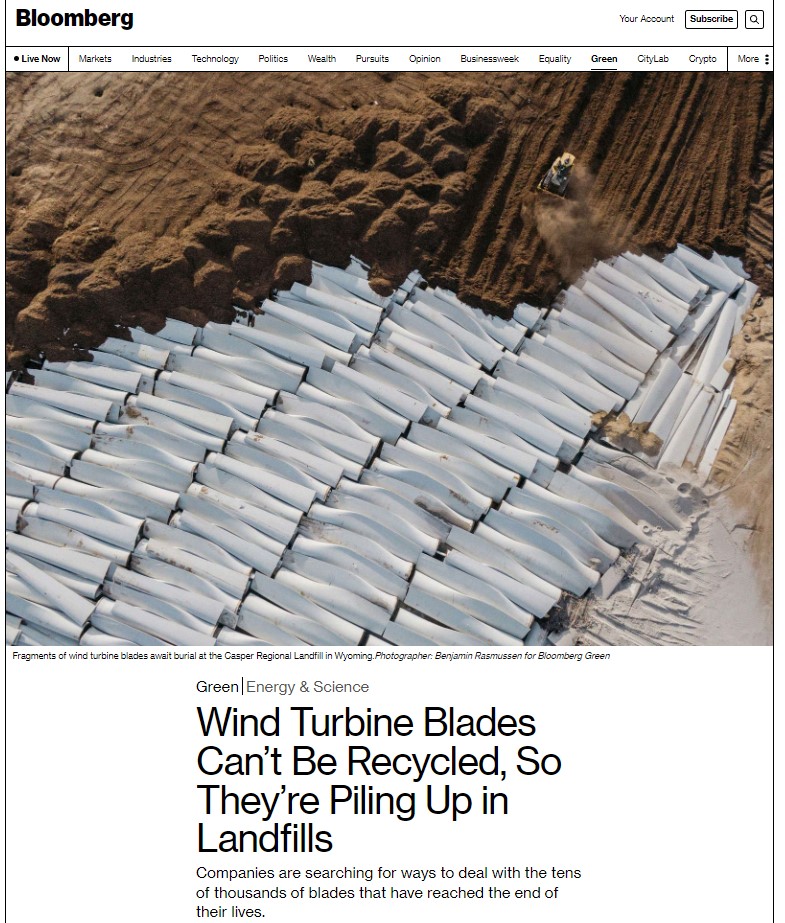 Most components of a wind turbine can be recycled, but that’s not the case for their massive blades. A report from the Institute for Energy Research in the US calls disposing the blades ‘a growing problem.’ They’re hard to break apart and move, and very few landfills exist that will take them. Some companies are working on solutions to break down the blades or find other uses for them, but, according to the report, ‘these options do not begin to deal with the massive disposal problem ahead.’

There’s also the question of wind power’s efficiency. If, like me, you’re from Saskatchewan, it might seem like we never get a break from windy days. However, the wind is anything but consistent. Reuters reports that German wind energy production fell around 16 per cent in 2021 compared to the previous year, simply because the wind didn’t blow as strongly on average.

I don’t point out these problems to completely discredit wind power on the whole. Instead, it’s important to point out that no energy source is perfect. Whether it’s nuclear, fossil fuels or renewables like wind and solar, there will be environmental impacts and potential problems with efficiency.

However, it’s very disingenuous to sell renewables as the end-all-be-all solution, as many environmental groups and activists tend to do. To stay informed about energy, it’s important to consider the ups and downs of every source. Blindly supporting wind power is pretty bird-brained, so let’s keep our feathered friends in mind.

Dom Lucyk is the Communications Director for SecondStreet.org