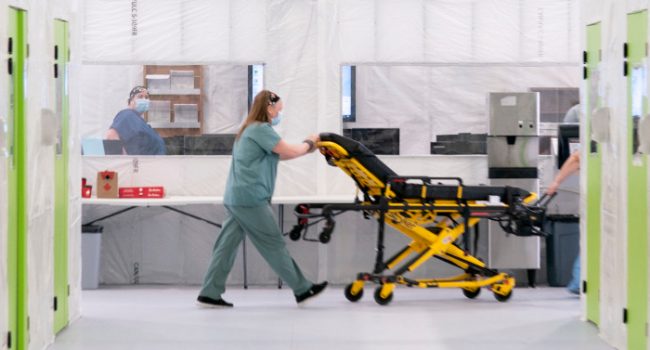 Governments of all stripes have spent decades pouring billions and billions of additional tax dollars into our health-care system. Despite this, waiting lists have grown longer and longer.

Even before the pandemic, Fraser Institute research shows waiting lists were a hair away from their all-time highs in Canada.

Far too many patients continue to struggle while they wait for care. Some even die as Canadian glaciers continue to outpace meaningful health reform in our nation.

Perhaps a new approach is needed to help usher along change that could help patients. Imagine if more simple, direct questions were posed to governments about patient suffering and if governments were pressured to actually provide answers.

As a small experiment, try asking your local provincial politician how many patients died in your province over the past decade because they waited too long for surgery?

This would obviously be an important data point to track, wouldn’t it?

At SecondStreet.org, we have been asking that question for a couple of years and have identified nearly 27,000 cases whereby patients died while waiting for surgery, diagnostic scans, or procedures. To be clear, the aforementioned figure appears to be largely comprised of cases whereby patients died while waiting for activities that could have merely improved their quality of life (e.g. a hip operation) rather than a procedure that could have saved it (e.g. a heart operation).

But in many cases, provincial governments simply don’t track the data, and if they do, the data is often incomplete. For example, we received very little data from Quebec and none from Vancouver Coastal Health Region. Further, there also doesn’t seem to be any reporting by governments that specifically look at deaths due to long waiting periods.

In Nova Scotia, the government informed SecondStreet.org that 51 patients died last year while waiting for surgeries that could have potentially saved their lives. In “just over three quarters” of the cases, patients waited longer than the recommended timeframe.

Imagine if every province could provide such data. Researchers could easily compile an annual total on patients dying in Canada because governments took too long to get around to providing surgery —surgery which they ban private clinics from providing. Such a report would certainly get tongues wagging in coffee shops across the nation.

Another question worth asking is how many patients have developed additional health problems over the past decade because they had to wait too long for surgery?

Janet Walker, a retired nurse and adjunct professor, described to SecondStreet.org several cases where this has happened. In one situation, a patient was forced to wait a couple of years for knee surgery. During that time, the patient put more pressure on their good knee as they protected their weak knee. By the time the patient’s surgery occurred, two years of putting additional pressure on their good knee had taken its toll—it now needed surgery as well.

Ask provincial politicians about how often patients considered suicide or developed mental health problems while they waited long periods for surgery? Further, do long waitlists equate to in terms of foregone tax revenue as some patients are unable to work and pay income taxes?

If these questions seem unreasonable, consider the high standards that governments expect private businesses to meet.

In 2019, the Manitoba government shut down the Wood Fired Pizza restaurant in Brandon and disclosed the following reason online: “Extensively remodel[ing] a food handling establishment without first registering.”

A remodeling without registering? You don’t say.

That same year, WorkSafeBC, the provincial government’s workers compensation board, posted the following information about a workplace accident: “a young worker in the lower mainland was “using stilts while applying drywall mud tripped and fell to the ground.” This accident resulted in “bruising.”

Meanwhile, we don’t hear a peep out of governments when patients die after being forced to wait too long for surgery.

Colin Craig is the President of SecondStreet.org, a new Canadian think tank.

Article originally published in The Hub.