Allowing patients to pay for more services at private clinics would bring Canada into line with countries that have universal health care systems and outperform our system. 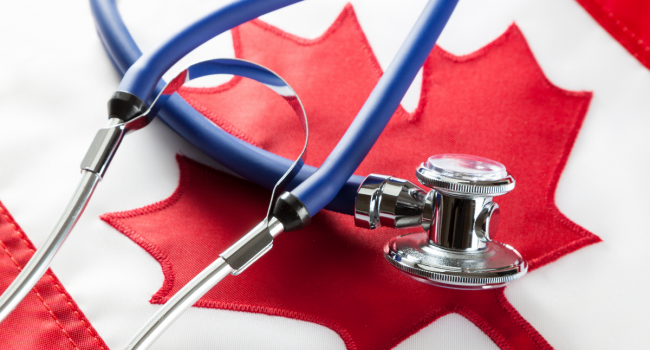 These troubling results occurred despite politicians pouring billions and billions of additional funds into the health care system over the past few decades. Though our nation was a top spender on health care, we trailed the developed world when it came to doctors, hospital beds and other resources per capita. We did lead, however, in waiting times.

Again, that was before the pandemic. The situation is now even worse, as governments have postponed hundreds of thousands of surgeries and procedures while the health care system addresses COVID. Research by the Fraser Institute shows waiting lists have never been longer .

Fortunately for patients, new public opinion research shows Canadians are ready for health reform. A Leger poll for SecondStreet.org poll conducted at the end of November found that 62 per cent of Canadians either “strongly support” or “somewhat support” allowing patients a choice: use the government health care system or pay out-of-pocket for services at a private clinic. Support for allowing private options is up from 51 per cent just prior to the pandemic. That’s a sizeable increase.

Allowing patients to pay for more services at private clinics would bring Canada into line with countries that have universal health care systems and outperform our system.

Oddly enough, the province that saw the highest support for giving patients choice outside the public system was British Columbia — the same province that is currently in court trying to take away private clinics as an option for patients like Ken Clifford. Ken is a senior citizen from Lillooet, B.C., who had a very active lifestyle before injuring his shoulder. He told SecondStreet.org that if he hadn’t paid for surgery at one of the province’s private clinics this past August, he would have lost mobility in his shoulder. The government’s waiting lists were too long and would have led to irreparable harm while he waited.

SecondStreet.org’s poll also found that a large majority of Canadians — 67 per cent — support the idea of provincial governments hiring private clinics to perform surgeries for patients who cannot get timely attention in the public system. This is essentially what happens when you visit your family doctor: you make an appointment, visit with your doctor and then the doctor bills the government for your appointment. Some provinces have been using this approach with private surgical clinics for many years.

One final statistic worth noting is that 79 per cent of Canadians support the idea of governments doing a better job with tracking and disclosing waiting list data — including information on cases where patients die while waiting for care.

The Nova Scotia government does a good job tracking this issue. Their data shows that 51 patients died last year while waiting for surgeries that might have saved their lives. In “just over three quarters” of the cases, according to the government, patients had waited longer than the target time for surgery when they passed away.

To be sure, data provided to SecondStreet.org from governments across the country suggests most of the waiting list deaths were for procedures that would not have been life-saving but could have improved a patient’s quality of life — knee operations, hip operations, cataract surgery. But let’s not dismiss these cases. How many of us would want to spend our final years with cloudy vision or living with chronic pain and limited mobility?

The pandemic has obviously put our health system under more pressure. But data from Ontario Health shows the system had a serious, growing problem leading up to the pandemic. In 2015-16, 944 patients died while waiting for CT scans in Ontario. The annual total grew steadily, reaching 3,924 deaths the year before the pandemic. Ontario saw a similar increase in the number of patients dying while waiting for MRI scans. Some of the stories behind these statistics must be heart-rending.

Of course, governments don’t release these statistics proactively. They have to be pried from their hands using freedom-of-information requests. Many governments don’t even bother to track this information. It’s unfortunate that most health ministries don’t consider patient suffering an important enough metric to follow and disclose.

Polling suggests the public are ready for change. How long the wait time for change is, well, that’s quite another matter.

Colin Craig is president of SecondStreet.org, a think tank.