TORONTO SUN COLUMN: Use CO2 As A Material To Make Cool Things Instead Of Taxing Us For It 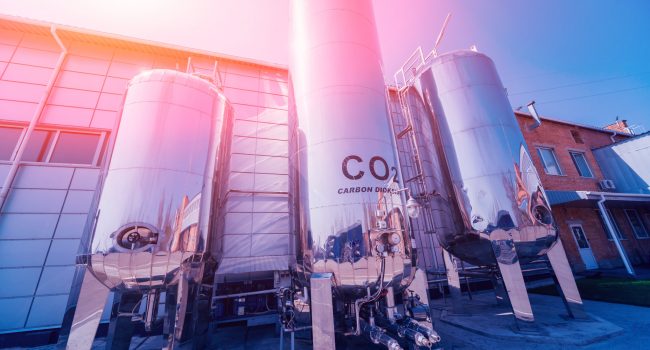 Late architect and futurist R. Buckminster Fuller said, “pollution is nothing but the resources we are not harvesting. We allow them to disperse because we’ve been ignorant of their value.”

A new report released by the Canadian think tank SecondStreet.org shows that items ranging from diamonds to soap are being created using captured carbon dioxide and methane – rather than letting the gases float into the atmosphere.

Carbon-captured vodka is even a thing. Air Company, a New York-based business, is producing alcohol by using captured CO2 and water. That’s it.

In Canada’s oilsands, energy companies share technology they develop to reduce emissions instead of keeping them as trade secrets. That has reportedly helped the firms reduce their emissions by 28% between 2000-17.

A Calgary company called CleanO2 was founded by a plumber and gas fitter. The firm removes carbon dioxide from a building’s heating system and converts it into potassium carbonate. The white powder is mixed into soaps, making them feel silky and smooth.

In Markham, Ont., a company takes CO2 from smokestacks and feeds it to algae, which are then turned into cosmetics, biofuels and even phycocyanin – the colouring for many foods, including blue M&Ms candy. Another Canadian company puts inserts into smokestacks that capture CO2 and turn it into everything from pharmaceuticals to fertilizers.

While politicians routinely refer to CO2 as “pollution,” entrepreneurs are harnessing the gas and using it as a building block to make useful products. The approach taken by entrepreneurs is a much smarter plan than governments punishing people with carbon taxes for using the oil and gas resources that are essential for their daily lives.

One can’t ignore the fact that B.C. has had the highest carbon taxes in North America since 2008 and emissions are going up. Government data shows that emissions have gone up 10% since 2015 and they’ve gone up in five of the last seven years.

There are many ways governments could encourage more carbon tech research to reduce emissions and reuse these elements.

Perhaps the simplest is for governments to talk more about what entrepreneurs are doing. This would not only potentially inspire young students to enter the carbon tech field, highlighting this work could help some start-ups earn more exposure and venture capital investments.

Also, if elected officials believe we’re facing a crisis, then maybe they could spend more on post-secondary research funding towards carbon capture technology instead of things like the $11 million Ottawa spent on the Mission Cultural fund from 2016-19. That’s the pot of taxpayers’ money that the feds use to fly chefs around the world and pay for artistic sex toys to be put on display in Germany.

Back in the late 1800s, the world faced a very different kind of environmental problem – the “great horse manure crisis.” Horse manure and even horse carcasses were piling up in city streets such as London and New York. Swarms of flies buzzed around in the filth, spreading typhoid and other deadly diseases.

But it wasn’t governments and their global conferences that solved the problem. The solution came after  Henry Ford began mass-producing vehicles for everyday people and businesses to use instead of horses.

The 19th century’s environmental and transportation crisis was solved through new technology developed by smart people.

Thankfully, today’s entrepreneurs are well on their way to solving the problem of uncontrolled greenhouse gas emissions.

Kris Sims is a contributor for SecondStreet.org and is the B.C. Director for the Canadian Taxpayers Federation.