Another look at Winnipeg’s council pension 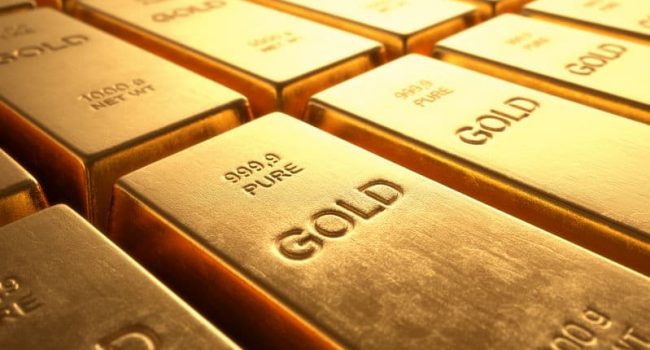 In April 2020, SecondStreet.org examined the cost of the pension benefits for Winnipeg’s City Council.

At the time, we calculated a very lopsided situation – taxpayers put in $4.73 for every $1.00 put in by council.

Since then, contributions from taxpayers have increased.

You can see all the data sources if you – click here. 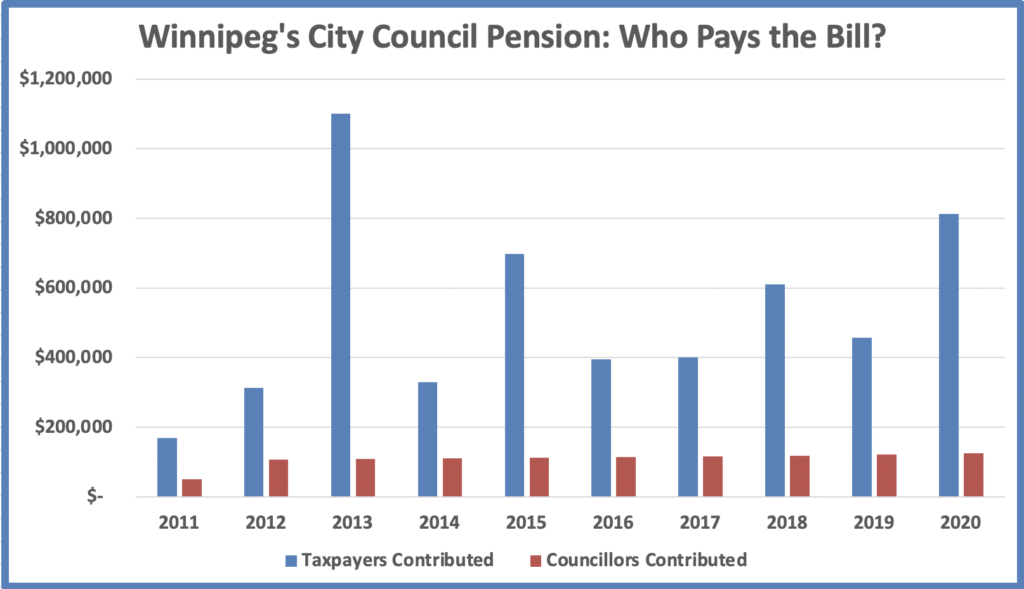 As municipal governments seek to manage their budget challenges coming out of COVID, reforming defined benefit pensions like the one Winnipeg’s City Council enjoy is a reasonable option to consider.
Consider how Winnipeg’s council pension costs compare with Edmonton’s: 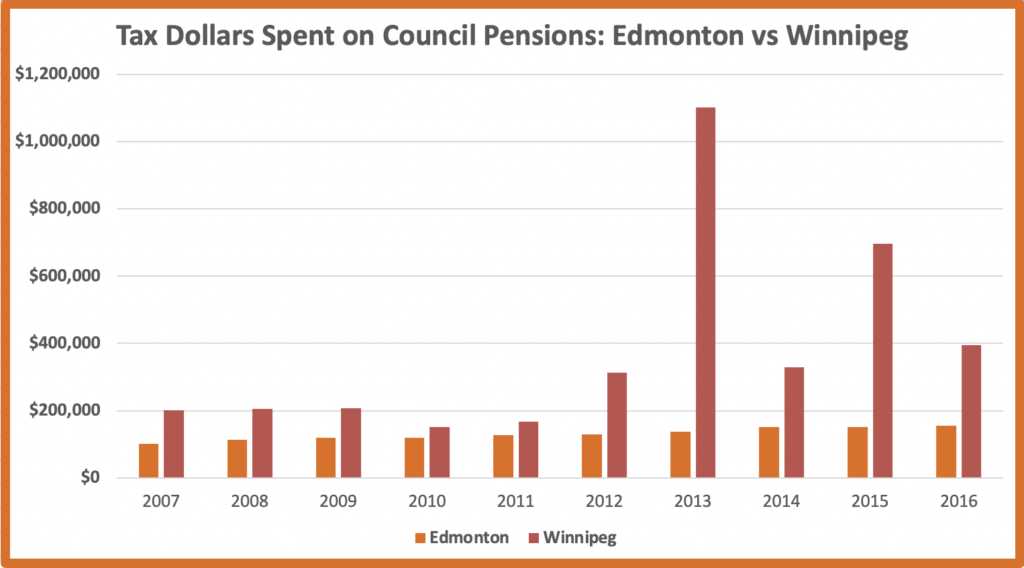 As you can see, Edmonton’s council pension expenses are relatively flat over time. That is because Edmonton’s approach is completely different.

In short, the City of Edmonton lets council members choose between:

In the first scenario, Edmonton council members invest their funds as they see fit and have to make do with whatever returns they receive – no one bails them out if their investments plummet. Under the second scenario, the same happens, but a pension body invests the funds on the member’s behalf. Again, there are no bailouts if the investments plummet.

Council members receive a generous payout for the rest of their lives, one that rises at 80% the rate of inflation. If their pension fund doesn’t have enough money, then taxpayers contribute more money into the plan. That’s what usually drives the spikes in spending that you see in the graphs above.

Edmonton’s retirement benefits may not be as generous as Winnipeg’s, but it’s still better than what 77% of those who work outside of government receive – no workplace pension at all.

What we noted last year is worth repeating – “Unless Winnipeg fundamentally changes the structure of its council pension plan, taxpayers should expect to pay more and more in the years ahead to continually bail it out.”