SUN NEWS COLUMN: Over 10,000 Patients Died While Waiting For Surgery 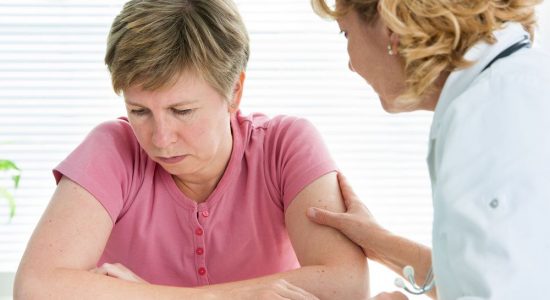 After penning a column in Sun newspapers on politicians postponing surgeries due to COVID-19, SecondStreet.org received a rather tragic email from a reader.

Judy Anderson, a retired nurse from Port Perry, Ontario, told us about losing not one but two daughters due to excessive waiting periods in the health care system. It’s a tragedy for any parent to have to bury one child, but twice is beyond heartbreaking.

Most recently, Judy’s daughter Shannon was told she would have to wait a month for a heart procedure as the health care system was focussed on COVID-19. The weeks of waiting for treatment proved to be too much for Shannon’s heart; four children have lost their mother.

Readers should know that what Shannon went through recently isn’t a rare story. There’s a lot of suffering in Canada’s health care system. One problem is that politicians are loathed to talk about it. Why discuss structural reform that could help patients when it’s so much easier for politicians to do what they’ve done for decade – cross their fingers and throw more money at the problem?

Stories like Shannon’s are why SecondStreet.org continues to investigate patient suffering.

Earlier this year we asked over 30 health regions and hospitals for data on patients passing away while waiting for surgery, procedures, diagnostic scans and appointments with specialists. From April 1, 2019 to December 31, 2020, SecondStreet.org obtained government data showing over 10,000 patient deaths.

What’s also important to note is that patients often waited well beyond government targets for receiving treatment. For example, one Nova Scotia patient waited 2,283 days (more than six years) for hernia surgery before passing away. The patient’s wait was five years longer than the government’s target.

Without a doubt, COVID has increased wait times. For instance, in B.C.’s Interior Health Region, the number of patients who passed away after waiting past the government’s target waiting period rose from 16 per cent in 2018/19 to 43 per cent last year.

Fortunately for patients, there are several options governments could pursue to improve results that don’t require more money.

For example, health departments could do a better job of tracking and reporting on patients suffering or dying while languishing on waiting lists. The figures in our report are lowballed as several provinces simply don’t track the data – Quebec, New Brunswick and Newfoundland and Labrador. Even within provinces, some health bodies track the data while others do not.

One thing should be clear, maintaining the status quo isn’t in the best interests of patients.

Colin Craig is the President of SecondStreet.org.

This column was published in Sun newspapers on July 9, 2021.