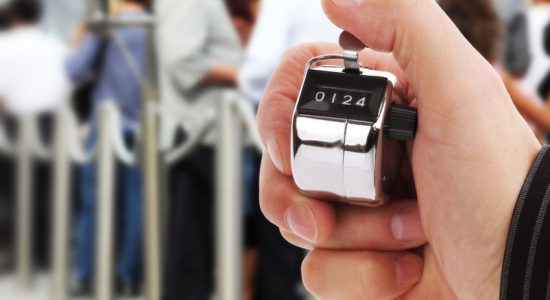 SecondStreet.org recently asked 50 hospitals and health regions in Canada a simple question: how many surgeries did you cancel in 2018-19 because the patient had passed away?
What sparked this research project were stories like Laura Hillier’s. The young Ontario teen made headlines in 2016 after her cry for help on social media went viral. During her courageous fight against cancer, she found herself waiting for surgery because the government had only rationed enough funding for five procedures per month. Sadly, Laura passed away after a seven-month wait for surgery.
Stories like Laura’s caused us to wonder: how many patients die each year in Canada while waiting for either life-saving surgery, like Laura’s, or surgery that could improve their quality of life (e.g., hip or knee replacements)?
The majority of hospitals and health regions responded by simply noting they don’t track the data we sought. But 21 hospitals and health regions were able to provide us with at least some data (you can see all the responses at SecondStreet.org). Together they cover roughly 40 per cent of Canada’s population. Their numbers show that 1,480 patients died while waiting for surgery during the 2018-19 fiscal year. They died after waiting anywhere from less than a month to more than eight years. In Saskatchewan, 52 per cent of waiting-list deaths appear to have occurred after patients had waited longer than the recommended maximum wait time.
The data are incomplete, so we cannot break out all 1,480 patient deaths by procedure type. A review of what detailed data we did receive suggests a large number of the waiting-list deaths were not cases like Laura Hillier’s of potentially life-saving procedures but rather were for operations that would “only” have improved the patient’s quality of life. For example, cataract surgery and knee and hip operations were procedures many patients were waiting for when they passed away. In Saskatchewan, approximately half of the 242 patient deaths were of people waiting for cataract surgery.
We shouldn’t dismiss such cases as being “merely” about quality of life, however. Would you want to spend the final year or two of your life with obstructed vision or largely confined to your apartment because your hip pain made it too difficult for you to go out?
Moreover, despite the preponderance of cataract cases Saskatchewan’s list also included more serious procedures – brain, bowel, prostate and urinary system surgery, to name a few. In Nova Scotia, the government’s data showed 398 waiting-list deaths – 65 per cent of which occurred past the target time for surgery. The government did note that there were no fewer than 25 cases of patients dying while waiting for surgery that could have potentially saved their lives. In “just over half” of those cases, the patients had waited longer than the recommended maximum wait time when they passed away.
As mentioned, these data were for 2018-19. It would only be reasonable to expect the numbers to be even worse this year as governments postponed thousands of procedures because of the pandemic.
Fixing this problem probably won’t be easy. A good start would be for governments to improve how they both track and disclose data related to patient suffering in the health-care system. Governments require businesses to file reports on workplace accidents that result in the most minor of injuries. Yet they themselves don’t track, and certainly don’t proactively disclose, information on patients dying or suffering while waiting for surgery.
A second obvious measure would be for governments to stop making waiting lists longer by blocking private clinics from providing the treatment patients need. Our health system can be public even with the participation of private clinics and medical offices – as in every other developed country with waitlists shorter than Canada’s.
One thing should be clear, the data we uncovered suggests patient suffering is more common than it should be.
Colin Craig is president of the think tank SecondStreet.org.
Share on facebook
Share on Facebook
Share on twitter
Share on Twitter