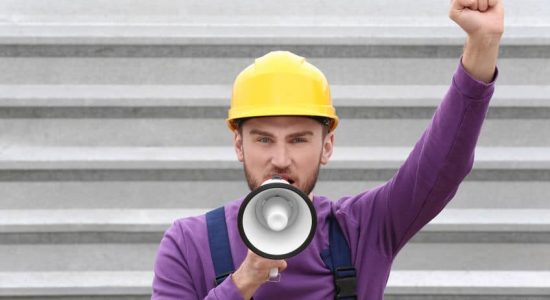 When I was a young kid growing up in Winnipeg, I used to watch my dad, a public school teacher at the time, pound a political campaign sign into our front lawn each election.

Years later, the unfairness of the situation really struck me.

Why should unions be able to force their members to pay union dues only to turn around and donate some of those funds to political parties and causes that many members did not support? Why not leave the money in each worker’s pocket and let each worker decide for themselves which causes to support?

A bill before the Alberta legislature proposes to put workers back in charge. In fact, public opinion research commissioned by SecondStreet.org shows Canadians support such a change.

Bill 32, the Restoring Balance in Alberta’s Workplaces Act, would let each union member decide if they want to fund their union’s political campaigns and other initiatives that are unrelated to the workplace.

If a union member supports their union’s plan to, say, run political attack ads, he or she would pay their regular union dues plus a top up charge to pay for the attack ads.

And if a union member opposed their union’s attack ads, he or she would only pay the portion of union dues that cover activities that are related to the workplace (bargaining with the employer, settling grievances, etc.)

A recent poll commissioned by SecondStreet.org (conducted by Leger) found that 70 per cent of Canadians do not think union dues should be used for political activities and non-work initiatives. In fact, a slightly higher percentage of unionized workers and former unionized workers oppose such expenditures by unions (72 per cent).

One can see how the Alberta bill could be a hit with many unionized workers right across Canada.

Consider that CUPE Ontario signed on to supporting the Leap Manifesto – a radical environmental agenda that seeks to, among other things, create a society where public transit replaces the need for “more cars.” It’s not hard to imagine a member of CUPE Ontario being married to an autoworker in that province who might take exception to that idea.

Similarly, the union that represents Canada Post employees has supported “peace” flotillas to Gaza in the past. It’s certainly a headscratcher to understand why postal workers in Canada should be forced to fund advocacy activities related to the agelong conflict in the Middle East.

Back in Alberta, the province’s teachers’ union flew in anti-oil speakers David Suzuki and Tzeporah Berman to speak at their events in 2018. Spending union dues on such speakers probably wasn’t too popular a move in households where an Alberta teacher had family members whose livelihood is dependent on a prosperous oil and gas sector.

It should be clear why union leaders are calling the change an “attack” – some of the immense power enjoyed by union leaders will now shift to their members. So what exactly is the problem?

Colin Craig is a former UFCW member and is the President of SecondStreet.org, a new Canadian think tank.

This column was published by Sun newspapers on July 12, 2020.