Give the gift of a private MRI scan?

With Christmas just around the corner, SecondStreet.org, a new Canadian think tank, released a report that examines which provinces allow Canadians to purchase a private MRI scan for themselves or for a loved one.

Since the first private MRI clinic opened in Calgary in 1993, SecondStreet.org found that Canadians can now pay for private MRI scans in a majority of provinces.

“Despite what some activists claimed would happen, the sky has not fallen since the first private MRI clinic opened in Canada 26 years ago,” said Colin Craig, President of SecondStreet.org. “In a majority of provinces, Canadian patients now have a choice – wait for an MRI scan through the public system or pay out of pocket at a private clinic. Some might even want to surprise a loved one with a private scan this Christmas.” 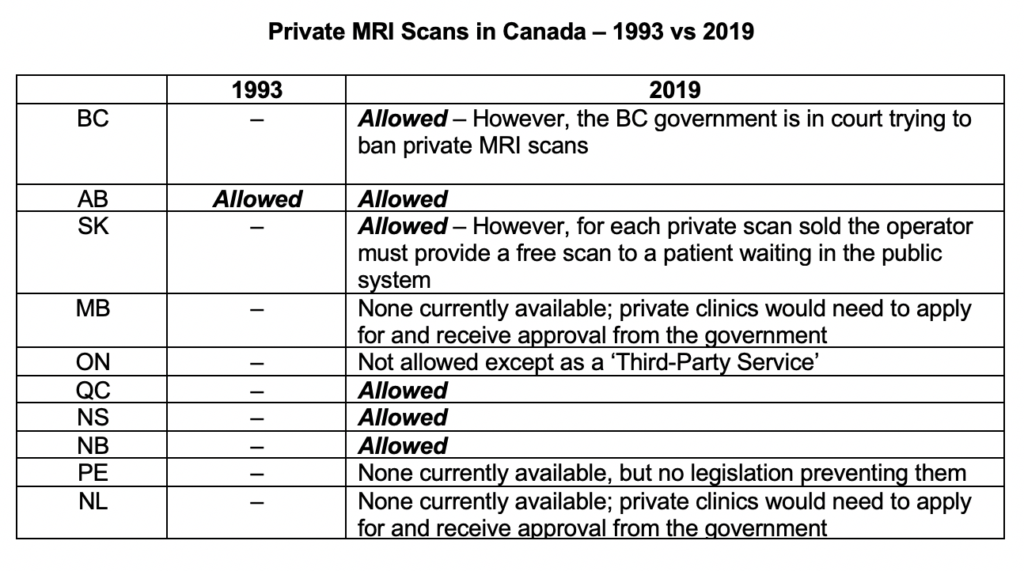 “When you look at universal health care systems around the world that provide better results than Canada, they all have a mix of public and private options,” added Craig. “If Canada allowed more private procedures, while keeping our public system, we could likely reduce the more than 200,000 patient trips that Canadians make outside the country for health care each year.”