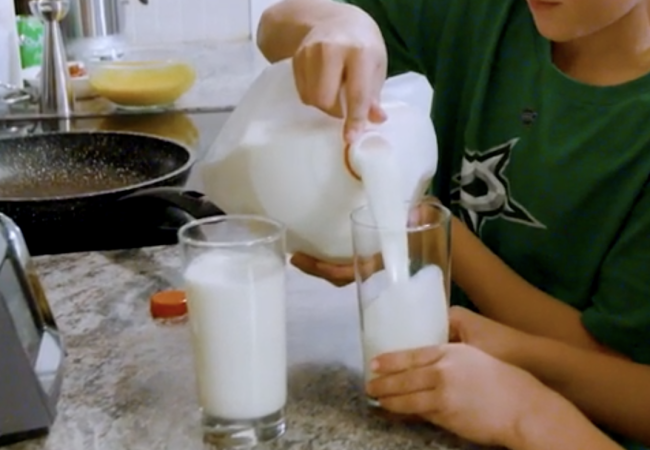 If you’ve been to a grocery store lately, you know just how difficult it’s getting to afford everything you need to put on the table. Whether it’s bread, meat, vegetables or anything else, inflation is making life less affordable.

However, while the price of everything is going up thanks to many different factors (tax increases, supply chain issues, government printing more money, etc.), there are a few products that you’re paying too much for – with no good reason.

In Canada, the government sets prices for dairy products, turkey and some types of chickens and eggs. At the same time it keeps supply artificially low by approving how much each farmer can produce while imposing large tariffs on imports. The government has essentially removed competitive forces, resulting in higher prices for consumers as a result.

This whole cartel-like system is known as ‘supply management.’

And who, exactly, does it benefit? A small group of wealthy farmers in the dairy and poultry industries. According to Statistics Canada, the average net worth of a dairy farmer in 2019 was almost $4.5 million. For poultry farmers, it was about $6.2 million. These producers are being prioritized by the government, while consumers suffer for their benefit.

Why does it have to be this way? The supply management regime doesn’t apply to farmers who grow things like grain, wheat, potatoes and other staple foods, nor does it apply to cattle ranchers.

Farmers and ranchers are hard-working, industrious people. They’ll work 15-hour days during harvest to make sure they can get their crop off of the field. And yet, they don’t need the government to come in and punish consumers on their behalf. They’re able to feed the country and much of the world thanks to the quality and yield of their product.

So, if grain farmers and cattle ranchers can do it, why can’t dairy farmers?

In 2019, SecondStreet.org calculated that milk prices in Canada were about 29 cents more per litre in Canada than across the border in the United States. That might not sound like a lot, but it makes a significant difference for a family with two or more kids, who can go through gallons of milk in a given week.

A report from 2015 shows that supply management costs the average Canadian family $585 every year. It’s likely that figure has risen in the years since.

Canada’s supply management regime has held a tight grip on consumers since 1972. We’ve been getting bilked out of our cash for far too long, and, what’s worse, it seems that there’s little to no political will to make a change. All three major federal political parties have committed to preserving this policy.

It’s unlikely that any party would ever come in and immediately abolish supply management. However, what would be politically doable would be to gradually transition it out in a way that helps consumers and keeps dairy and poultry farmers happy.

For example, Australia began to dismantle its similar cartel-like system in 2000. That country implemented a temporary tax of 11 cents per litre of milk, the proceeds of which went to dairy farmers.

Despite this extra tax, allowing competition led to a net drop in prices for consumers while preparing dairy farmers for the coming deregulation. In 2008, the temporary tax stopped, and prices dropped again. Dairy Australia noted that they now “operate in a completely deregulated industry environment.”

If Australia can do it, so can Canada.

Whose side should governments take on this? Multi-millionaire dairy farmers hoping to preserve their monopoly on the market? Or families struggling to get by?

I think the answer’s pretty clear.

Dom Lucyk is the Communications Director for SecondStreet.org, a Canadian think tank.

This column was published in True North on January 15, 2023.