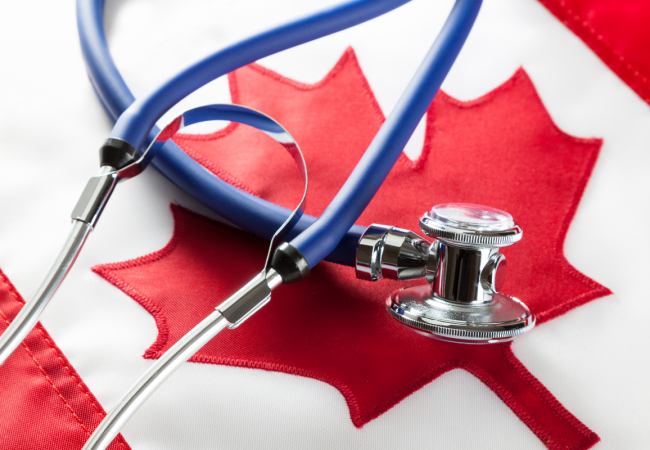 Prime Minister Justin Trudeau and Conservative Leader Pierre Poilievre both believe Canada needs health reform. But neither has said what they think should be done. As they ponder this pressing issue, they should consider the results of a recent Leger poll commissioned by Secondstreet.org. Conducted in November, it found that 62 per cent of Canadians support the idea of keeping our public healthcare system but allowing patients to use their own money at private clinics if they wish to.

Currently in Canada, we have a disjointed and hard to-justify system of bans on private health care whose effect is to reduce access. Removing such barriers could shorten wait times and ease pressure on the public system.

At the moment, Quebecers can visit private clinics in their province and pay for medically necessary surgery — hip and knee operations, for example. But private clinics in the rest of the country aren’t allowed to sell surgical services to local patients. Quebecers have this right because of the 2005 Supreme Court decision Chaoulli v Quebec, which found that bans on private care violated the Quebec Charter of Human Rights and Freedoms.

Although Canadians in the rest of the country aren’t allowed to pay for surgery locally, they can travel to other provinces and pay for it. For example, Vancouverites often travel to Calgary for private surgery and vice versa. This inconvenience is good for Canada’s airlines but makes no sense otherwise.

One reason for these barriers is that in the past Ottawa has threatened provincial governments with funding cuts if they allowed private clinics to sell medically necessary services to local patients. In some cases, provincial governments have piled on with their own legislative bans. Dr. Brian Day, founder of the Cambie Surgery Centre in Vancouver, will soon challenge B.C.’S provincial restrictions on private care at the Supreme Court of Canada.

It’s important to understand that our nation’s health-care woes were a growing problem long before COVID arrived. All the pandemic did was make a bad situation worse. And, despite what some special interest groups claim about “healthcare cuts,” since 1991 per capita government spending on health care has risen at nearly double the rate of inflation (from $1,557 to $5,234 — inflation only gets it to $4,677). More and more money hasn’t solved the problem.

So, if bans on private health care were removed, what would happen?

First, note that countries with universal health-care systems and better health indicators than Canada have both public and private health-care options. Private clinics take pressure off the public system as some patients opt to pay for private care. Imagine you are 1,000th in line for hip surgery and 100 people ahead of you decide to go private instead, you receive your surgery more quickly. It’s a winwin situation.

Some argue private clinics would lure staff away from the public system. In the short term, this concern could be addressed by imposing temporary restrictions that are similar to what other nations have done. In the United Kingdom, for instance, the government imposes limits on how much time staff in the public system can work at private clinics.

Over the long term, if Canada doesn’t have enough health-care staff to meet demand, then post-secondary institutions could increase the number of training spaces available. At the same time, they could spend less money subsidizing post-secondary studies for which there is little or no demand in the workplace. For instance, a 2017 Statistics Canada report notes that 28.5 per cent of 25-to-34-yearolds who had graduated with arts and humanities bachelor’s degrees were working in jobs for which only high school was necessary, compared to 11.4 per cent for STEM graduates and 17.4 per cent for bachelor’s graduates overall.

Removing restrictions on private health care would not solve all our system’s woes. Many other changes are needed, too. But removing these barriers would help improve access to health care for patients. And isn’t that the point?

Colin Craig is president of SecondStreet.org, a Canadian think tank.

This column was published in The National Post on December 22, 2022.