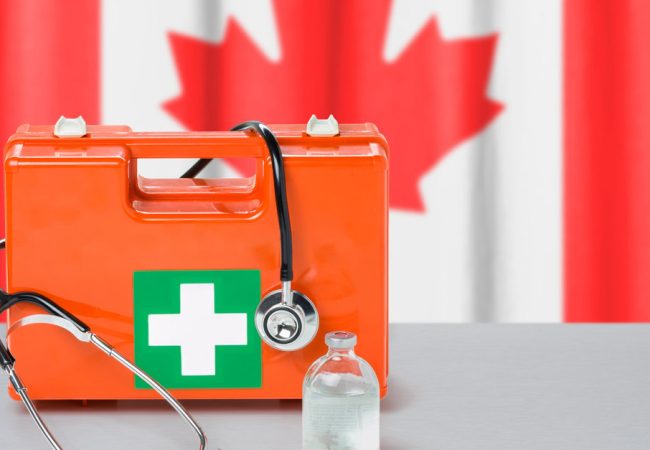 Health care has been talked about in the news a lot lately, and with good reason. Patients are suffering and dying on waitlists, hospitals are struggling to care for everyone who comes through their doors, and it’s difficult for many to find a family doctor.

So, what can be done to address Canada’s health care crisis?

A new poll commissioned by SecondStreet.org shows that Canadians are ready for change. People have seen governments throw money at the problem for decades and yet the situation has gotten worse.

We hired polling firm Leger to ask Canadians about several different health care reform ideas: in each case, the majority were in favour, especially in Saskatchewan.

One of the ideas we put forward was to copy a policy from the European Union called the Cross Border Directive.  This policy allows EU patients to travel to another EU country for surgery, pay for it, then be reimbursed by their home country. Reimbursements cover up to the same amount it would have cost a patient’s home country to provide surgery locally.

It’s important to note that this policy is a very low cost measure over the medium term as it simply shifts when the government pays for a surgery. Instead of the government paying, say, $5,000 for a patient to have surgery next year, it reimburses them for up to that amount this year if they decide to travel abroad for surgery.

This idea saw resounding support across the country, with 72 per cent of respondents in favour. It was even stronger in Saskatchewan and Manitoba, at 85 per cent.

It’s clear to see how this policy could help Saskatchewan patients. Take, for example, the story of Sharon Kilkenny, an Emerald Park woman who faced a wait of 93 weeks to receive hip surgery. She struggled with chronic pain for several months before deciding to visit a private clinic in Alberta and pay out of pocket to get the care she needed.

Had the EU policy been in place in Saskatchewan, Sharon would have received financial assistance for her expense — or perhaps it may have covered the total cost. Needless to say, copying the EU policy would give even more patients an opportunity to find pain relief, including those who currently can’t afford to travel for care.

Another popular option in the poll was the idea of keeping our public system, but allowing patients to pay for health services at private clinics if they so choose. This option saw 54 per cent support in the Prairies — another sign that people here are hungry for health reform.

The Moe government has set a goal of tackling the province’s surgical backlog and reducing wait times to a maximum of three months by 2030. Part of the strategy is to hire more private clinics to provide scans and surgeries. This is a good step and received widespread support in Saskatchewan and across the country. A solid 64 per cent of Canadians agreed with this approach.

This commitment is a positive step, but there’s more work to do. The latest numbers from the province show that, as of late June, there were almost 9,000 patients waiting more than a year for surgery.

It’s unacceptable that in such a prosperous province, we have people waiting so long for essential care. Imagine living in pain every day, not being able to move around thanks to a bad hip. Should Saskatchewan be a province where thousands of people can’t go to a Rider game with their family, because it’s too painful to walk around the stadium without their hip replacement? Or how about the thousands waiting for cataract surgery, who deal with blinding pain when they see the sun reflected off the fresh sheet of snow that just blanketed much of the province?

The answer is clear. People are ready for real change, and the numbers back it up.

Dom Lucyk is the communications director with SecondStreet.org, a public policy think tank.

This column appeared in the Regina Leader-Post and Saskatoon Star Phoenix on November 22, 2022.